Chandrayaan 2 - Day 2: ISRO in full swing to establish the contact with Vikram

Explore more
GET IN TOUCH WITH US

Chandrayaan 2: We got the image of the vikram lander, but communication still isn't, says the chief ISRO

We have a picture of the lander vikram from our orbit on the lunar surface. We analyze the information, said ISRO chairman K Sivan

Vikram, which was supposed to land at about 1.53 (IST) on Sept. 7, departed from the planned trajectory just 3 minutes before the anticipated landing.

Fourteen-day mission to restore contact with the ISRO lander will attempt to establish contact with the Vikram lander for the next 14 days, and information coming from the Orbiter would be crucial.

India aims to be the fourth nation after the USA, Russia and China to land on the lunar surface. This task, called Chandrayaan 2, has three significant components— the Orbiter, the Vikram Lander, and the Pragyan Rover. The Orbiter and the Lander will be tucked into the rocket of the GSLV Mk-III, which will hurl them at the moon. Of course, very accurately and scientifically.

The fairing, i.e. the uppermost part of the rocket, divides and releases its payload after the rocket hits space. The module orbiter-lander will perform a sequence of five complicated maneuvers around the Earth to create momentum and slingshot nearer to the moon itself.When the duo is caught by the orbit of the moon, the lander will separate from the orbiter to create a smooth landing on the moon and release the rover onto the lunar surface.

For a year, the orbiter will continue to orbit the Moon while the surface is scanned and mapped.The orbiter is equipped with eight tools and seven of them are from India. NASA has an on-board payload called the Laser Retroreflector Array (LRA), which will last longer than the Chandrayaan 2 mission.

Two of the Chandrayaan 1 instruments are similar–the Terrain Mapping Camera-2 (TMC-2) and the Miniature Synthetic Aperture Radar (Mini SAR). NASA created the Mini SAR instrument on Chandrayaan 1 and worked with Hybrid Polarimetry in only S-band frequencies.However, India’s dual-frequency SAR tool can simultaneously map the surface with complete polarimetric capacities in both L-& S-band frequencies (the capacity to study the optical activity of inorganic and organic compounds). The TMC-2 will map the lunar surface and assist in the preparation of 3D maps. The SAR will also map the surface while studying the water-ice in the South Pole and thickness of the lunar dust on the surface.

The Dual Frequency Radio Science (DFRS) will study the density of electrons in the ionosphere of the moon, i.e. the uppermost part of the radiation ionized atmosphere. An IR imaging spectrometer will attempt to define hydroxyl and water molecules minerals and indices.

The orbiter has a high-resolution camera (OHRC) that takes 3D pictures of the landing site to ensure that the lander makes a secure touchdown on the lunar surface. These pictures serve a dual objective as they are also used to explore the surface.

The Solar X-ray Monitor (XSM) measures the central rays ‘ strength and most of the atmosphere’s outer part or corona. CLASS or the Chandrayaan 2 Large Area Soft X-ray Spectrometer measures the light absorbed by the Moon and checks for various metals in its spectrum.

Mission length: roughly 7.5 years, extended from the scheduled 1 year due to accurate start and mission management, in lunar orbit.

The rover’s weight is approximately 27 kg (60 lb) and would have operated on solar power. The rover was to move at a rate of 1 cm per second on 6 wheels traversing 500 meters on the lunar surface, performing on-site chemical analysis and sending data to the lander that would have relayed it to the Earth station. For navigation, the rover uses: stereoscopic camera 3 3.map generation and rover movement planning.Control and engine dynamics: the rover design features a rocker bogie suspension scheme and six wheels, each powered by separate brushless DC electric motors. Steering is achieved by differential wheel velocity or skid steering. Pragyan rover’s anticipated working time was one lunar day or about 14 Earth days, as it was not anticipated that its electronics would last the frigid lunar night. Its energy scheme had introduced a solar-powered sleep / wake-up cycle that could have resulted in longer service time than planned.

Mission length: 0.11.Fourteen days (one day on the moon)

The lander of the mission is called Vikram  named after Vikram Sarabhai (1919–1971), who is commonly considered the founder of the Indian space program.The Vikram lander separated from the orbiter and descended to a low lunar orbit of 30 km ibid. 100 km (19 mi ibid. 62 mi) using its 800 N (180 lbf) primary fluid motors. Then, before trying a soft landing that would have deployed the rover, it conducted a thorough check of all its on-board systems and conducted science operations for about 14 Earth days. Vikram’s spacecraft did not land and seemed to have crashed.The estimated total lander and rover weight is 1,471 kg (3,243 lb). The lander’s preliminary configuration analysis was finished by the Space Applications Center (SAC) in Ahmedabad in 2013. The lander’s propulsion scheme comprises of eight 50 N (11 lbf) attitude control thrusters and five 800 N (180 lbf) fluid primary motors obtained from ISRO’s 440 N (99 lbf) Liquid Apoge. During the smooth landing, the extra engine was anticipated to mitigate upward draft lunar dust.Vikram was designed to safely land on slopes up to 12°.The first Moon image captured by Chandrayaan-2, taken at a height of about 2,650 km from the lunar surface on 21 August 2019.
Some associated technologies include a high resolution camera, Laser Altimeter (LASA),Lander Hazard Detection Avoidance Camera (LHDAC), Lander Position Detection Camera (LPDC),[65] Lander Horizontal Velocity Camera (LHVC), an 800 N throttleable liquid main engine,attitude thrusters, Ka band radio altimeters (KaRA),Laser Inertial Reference & Accelerometer Package (LIRAP), and the software needed to run these components.In late October 2016, the lander’s engineering models started to undergo ground and aerial trials in Challakere, Karnataka district of Chitradurga. ISRO developed approximately 10 craters on the ground to assist evaluate the capacity of the lander’s sensors to select a landing site. 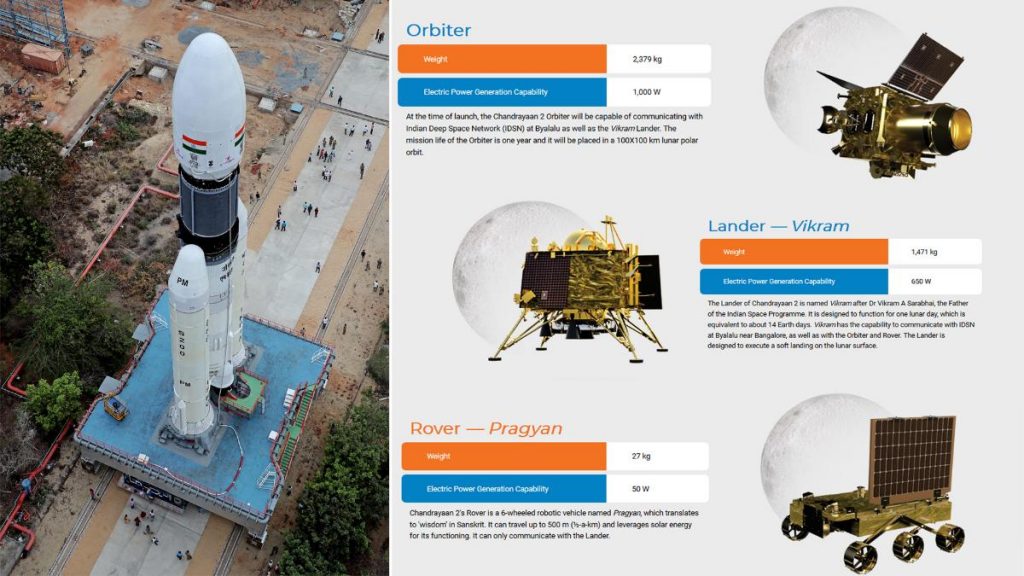 How Artificial intelligence helps in medical